The building, of 9,107 square meters built, has six floors and is articulated in two volumes: the main one is goes to the auditorium that include the concert hall with capacity for 1,200 people with a bifocal design, which allows to adapt the space depending on the type of show; and the second space is a prism that include the exhibition hall.

He has been awarded the Spanish Architecture Prize in 2003 and was a finalist in the same year of the Mies van der Prize Rohe of Contemporary Architecture of the European Union and of the VII Spanish Biennial of Architecture and Urbanism. 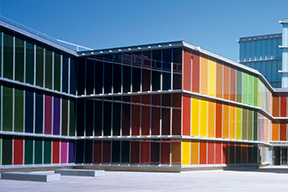 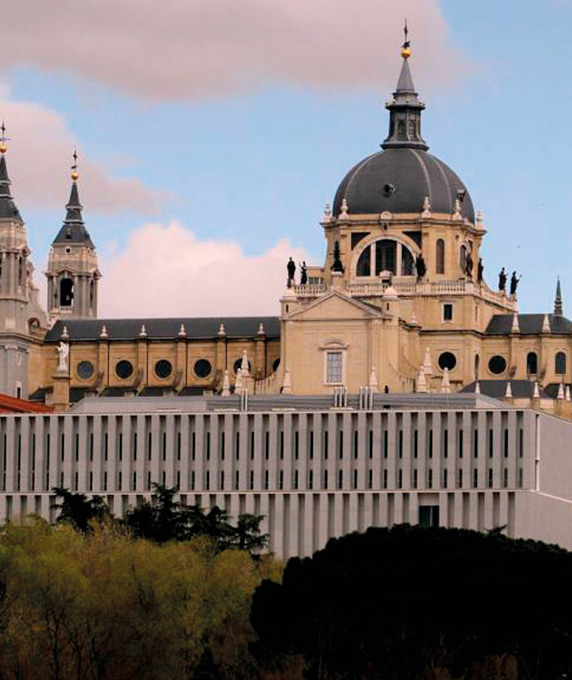 It has a form of great geometric uniqueness formed by two polygons. The facade consists of 3,351 pieces of glass, supported by 500 iron beams, which constitute a mosaic of 37 colors.

The Musac, since its opening, accumulates more than 1.3 million visitors.

In April 2007, the European Union and the Foundation Mies Van der Rohe, he was awarded the Mies Van award Der Rohe of Contemporary Architecture for its quality conceptual, technical and constructive.

Granted by the European Union and the Foundation Mies Van der Rohe for its quality conceptual, technical and constructive 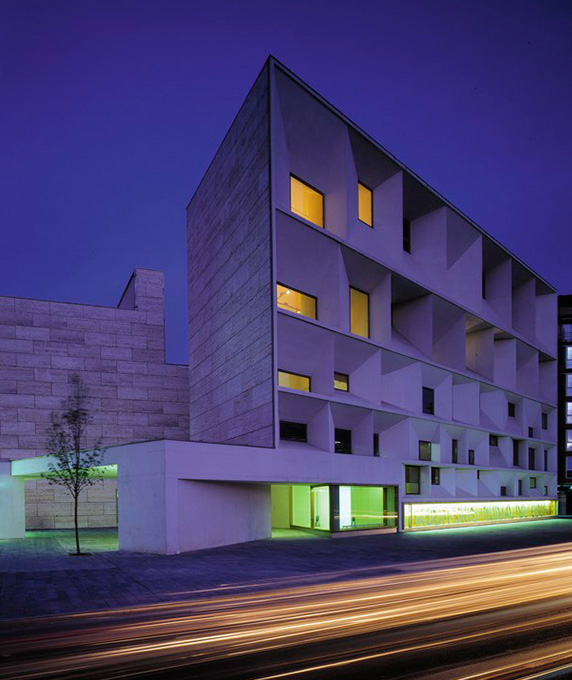 Museum of Arts and Science and Oceanographic Park

Included within the City of Arts complex and the Valencia Science, brings together all cultural values, scientific and technological innovation of Valencia and the country.

In 2005, the International Construction Exhibition granted him the Construmat Prize for the best work, in the section of Civil Engineering and later, in 2007, won the contest “12 Treasures of Spain”, organized by Antena 3 and COPE 1.

For the first phase of construction, screens were erected for site clearance and containment. The strategy to enclose the space stemmed from the desire to complete the project with the minimum impact on the environment and local community. In the second phase the museum building was completed; for which it received the XIII Spanish Biennial of Architecture and Urbanism award in the Heritage and Transformation category. In the third phase the urbanization programme was completed with the urban realm development of the Almudena square.

The Higher Council of Architects of Spain awarded FCC Construccion the 2017 Architecture Prize for our execution of this project.

Granted by The Higher Council of Architects of Spain