Exploiting the hydraulic resources of the Sierra Tramontana

Exploiting the hydraulic resources of the Sierra Tramontana

The works consist of the execution of the operations required to capture water from Ses Fonts de Verger and the surplus from Torrente Major de Sóller, together with the execution of the necessary infrastructures for its use in recharging the S'Estremera aquifer and the connections to the supply networks of the townships of Sóller, Bunyola, Palmanyola and Palma de Mallorca.

In order to capture the water, a loading chamber was executed just at the exit of the natural spring. It occupies an irregular area of 250 square metres with an interior free height of 1.80 metres. After capture, the water is carried by 9,670-metre long submarine pipeline designed for a 1.4 m3/s flow rate. It ascends through the torrent by means of a steel pipe along 640 metres until it reaches the new storage tank that was constructed at the torrent edge. The loading chamber is connected to the submarine pipeline.

In addition to the water flow coming from Sa Costera, another flow also arrives from the Torrente Major surplus. The water is captured by a surface connection in the actual torrent in the area known as S'Olla. The water is taken to the new Soller tank by means of a 600-metre diameter pipeline installed in a 3,275-metre long trench. This pipeline is designed to transport 0.4 m3/s and the estimated mean volume is 4 hm3/year. The tank covers an area of 7,000 m2. The total amount of stored water is 21,000 m3.

The pumping station, which was constructed as an independent reinforced concrete structure, next to the largest module, houses the equipment that pumps the water to its final destinations. After being pumped nine kilometres, the water arrives at the Alfabia load breakage manhole, which is outside the Soller Valley.

A 66 kVA substation was also constructed and which occupies the upper floor of the pumping station at elevation +8 masl. The input power is 12.6 MW.

Because these works lie within an area of maximum environmental protection, all operations were intended to cause minimum impact and adapt to that already existing.

Environmental integration of the structures was achieved by exterior finishes using local materials. Very careful work was carried out that has culminated in full environmental adaptation of the works. 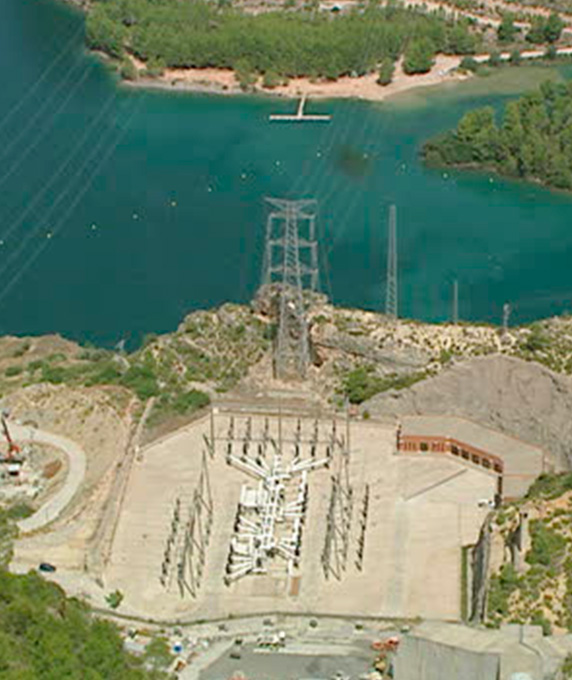 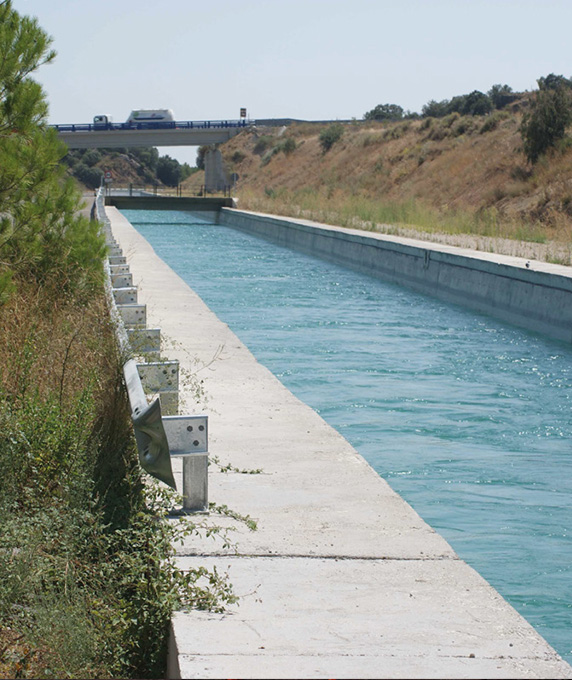 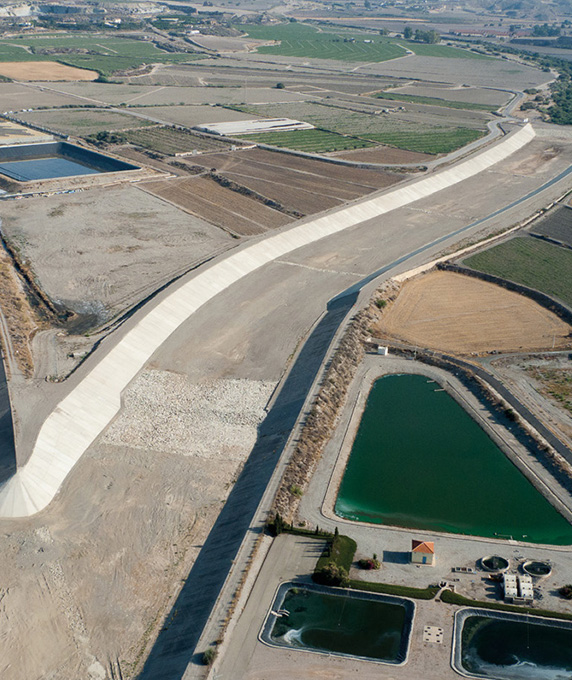