Pipeline and purification of the System Aqueduct II

Pipeline and purification of the System Aqueduct II

The Querétaro State Government commenced an iconic project, not only because of its magnitude, but also because it called for the joint participation of the Federal Government. the State Government and private initiative in order to tackle the root problems for future water requirements of the Querétaro Capital and. at the same time, release a significant volume of the aquifer operation by enabling the interruption of forty of the eighty-three existing wells for providing the city with potable water in order to allow their future recovery in benefit of future generations. This project was designated Acueducto II.

The project goal is to satisfy the Santiago de Querétaro water supply challenges in the short, medium and long terms and to eliminate the existing pressure on aquifer sustainability and guarantee the lowest production costs.

The aqueduct is 108 kilometres long and runs northeast to southeast through a large part of the State of Querétaro, crossing the continental watershed formed by the Río Pánuco and Lerma-Chapala basins. The production capacity is 1,500 litres per second and overcomes a total height of close to 1,200 metres from the diversion dam to the purification plant.

The water will come from the “El Infiernillo” springs, which are located on the River Moctezuma some four kilometres downstream from the rocky formation of the Moctezuma Canyon.  This water is of high quality and its capture will not cause any negative environmental effects.

The spring water will be captured by means of a diversion dam located 800 metres downstream from the capture site. The capture site will include a first pumping station where the drive section is located that transports the water over 24 kilometres of abrupt terrain.

A second re-impulsion pumping station will be located 1,700 metres from the capture site and 585 metres high over the river course, from which the piping runs almost five kilometres through a tunnel.

The installations for the operations centre for the Acueducto II system will be constructed at the end of the drive section, together with the safety reserves of water and the system head purification plant.

In 2012, KPMG selected Aqueduct II as one of the 100 best urban projects in the world

It satisfies the challenges of water availability by guaranteeing supplies to one million people.

The full project is being carried out with complete respect for the environment, safeguarding society's wellbeing and incorporating cutting-edge technology into the system design.

One of the largest hydraulic works in Mexico. 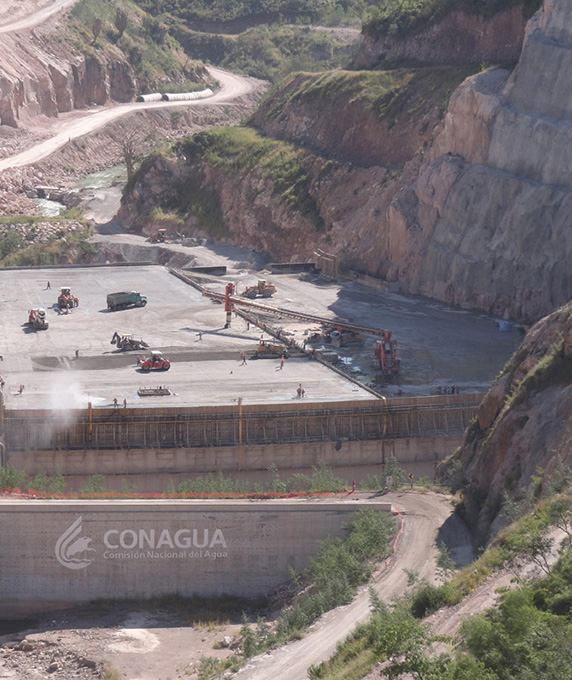